Jim Welch is the Founding member of Veterans R&R. After working with a group of Veterans in Lake and McHenry counties who were seeking alternative treatments for PTSD, Jim realized a need was not being met. He envisioned an organization dedicated to providing Veterans with educational and outreach programs that will help to enhance veterans’ productivity and quality of life.

Rob was born and raised in Southern Illinois in a small town. Most everyone in Robs family served in the Army as well as many of his other family members. Rob is a Nation Guardsmen Serving 6 years in the late 90’s. Rob served as a Military Policeman.

Kimberley Bentele is the wife of Marine Corp Veteran Ryan Bentele, as well as a Board Member for Veteran’s R&R.  She lives in Woodstock, Illinois, with Ryan and their three children, Benjamin, Charlie, and Annabelle.  Kimberley met Ryan after he returned from a deployment to Iraq in 2005, and they have been together ever since.  She has helped Ryan deal with the physical and non-visible wounds of war, including PTSD and a TBI.  After finding Operation Wild Horse in 2017, Kimberley found there to be a profound change in Ryan’s PTSD symptoms. They have subsequently both devoted a great deal of time to community outreach and volunteering to help other Veteran families in the area.

Tim has a very personal connection to Veterans R&R. His wife’s godson is a Vet and Purple Heart recipient who has been impacted greatly by both physical and emotional scarring from many years serving in combat zones. Tim hopes that his very small sacrifice of time working at Veterans R&R—compared to the sacrifices made by those who’ve served—contributes to making Veterans lives better.

Wayne joined the Navy in October 1967. Attended basic at Great Lakes Naval Station and was deployed in Germany, US (Florida) and Newfoundland. Anti-submarine warfare. Honorably discharged in 1975.

Dan was born and raised in the Chicago area and grew up hunting & fishing throughout Illinois.  As Dan and his brother learned to hunt, their father instilled in them some key principles:  always be safe, abide by the rules and regulations, respect the game, ethically harvest only what you will eat and always cherish the opportunity to spend time in the outdoors with family and friends.  Additionally, Dan was raised to love our county and appreciate the men & women of our military whose sacrifices provide us with these precious freedoms we richly enjoy. 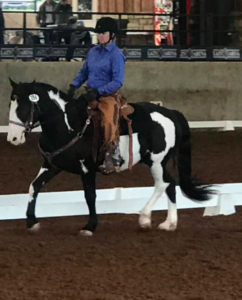 Patti grew up the granddaughter of two WWII veterans. One a Marine who was captured on Wake Island and spent years as a POW in Japan.  The other a Navy machinist who served on the USS Hancock. Without a firsthand understand of the struggles her grandfathers both endured during wartime service, Patti grew up knowing there were emotional scars from their time in service. As an adult she learned about PTSD and started to draw the lines to connect her experiences, those in her family and her grandfathers back to their experiences during WWII.