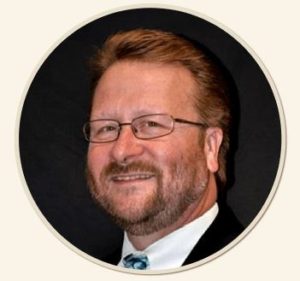 Tim has a very personal connection to Veterans R&R. His wife’s godson is a Vet and Purple Heart recipient who has been impacted greatly by both physical and emotional scarring from many years serving in combat zones. Tim hopes that his very small sacrifice of time working at Veterans R&R—compared to the sacrifices made by those who’ve served—contributes to making Veterans lives better.

A current member of the Illinois State Bar Association, Tim Howe is a seasoned commercial litigator and member of the Chicago law firm Klevatt & Associates, LLC. He has represented hundreds of clients in various cases including pre-trial negotiations and settlements, mediation and arbitration, and bench and jury trials. Tim currently serves as Executive Vice President for the Illinois Creditors’ Bar Association working toward the advancement of creditors’ rights.

Tim graduated with honors from the Illinois Institute of Technology Chicago-Kent College of Law. Before graduating from law school, he spent over 15 years working in radio and television, once hosting a top-rated morning radio program in Quincy, Illinois, and spending time at both WCKG-FM and WPWR-TV in Chicago. As a member of the Chicago Bar Association, Tim hosted and produced numerous “You and The Law” cable television segments and chaired both the Entertainment Law and Television committees for the CBA. Tim also holds a Bachelor of Science degree from Quincy College and attended Chicago’s Marist High School.

Tim is very involved in Wauconda. He currently sits on the village Board of Trustees. He is Past President of the Wauconda Lions Club and is on the board of directors of the Harbour Club Condominium Association. His perfect Wauconda weekend includes breakfast on his patio, an afternoon on Bangs Lake, and then a night of great music with friends.