Operation Wild Horse (OWH) a program of Veterans R&R 501(c)3 provides a safe community where Veterans, Active-Duty Military, and Families can build a significant Mustang/human bond that allows barriers to fall, communication to enhance, and trust to form.

Operation Wild Horse (OWH) a program of Veterans R&R 501(c)3 provides a safe community where Veterans, Active-Duty Military, and Families can build a significant Mustang/human bond that allows barriers to fall, communication to enhance, and trust to form.  This approach has time and time again resulted in the formation of life-changing partnerships via:

There are more than 80,000 wild American Mustang horses on our federal lands and more than 50,000 in holding facilities. Pulitzer Prize-winning journalist David Philipps says, “The wild horse is so ingrained in the American imagination that even for those who have never seen one know what it stands for: fierce independence, unbridled freedom, the bedrock ideals of the nation. From car ads to high school mascots, the wild horse – popularly known as the mustang – is the enduring icon of America. But in modern times it has become entangled in controversy and bureaucracy, and now its future is in question.”

Robert Redford says, “America’s wild horses are fighting their last stand. Increasing competition for our natural resources threatens our wilderness areas and wildlife species. Horses are interwoven into the very fabric of what is America. What threatens them threatens us all.”

In the 1920, there were over 2 million free roaming mustangs and by the 1940’s there were only about 50,000 left and by the 1960’s there were as few as 10’000. Round up captures continued until Velma Johnson a chain-smoking secretary in Nevada learned of the decimation of the Wild Horse. She and the children of America put into law the Wild and Free-Roaming Horses and Burros Act of 1971, an Act of Congress signed into law by President Richard Nixon on December 2nd 1971. The act covers the management, protection and study of “unbranded and unclaimed horses and burros on public lands in the United States.” The Bureau of Land Management (BLM) and manage these herds. Although the BLM struggles to implement adequate herd management in many areas, in 1973 they began a program for rounding up excess numbers and adopting out these captured horses and burros to private owners.

There are really only a few animals that we are able to have a companion relationship with. There is no doubt that the Mustang was a companion to the Cowboy in the West. Since the eighteen hundreds Mustangs have pulled plows in the south, pulled trollies in big eastern cities like new York, we shipped them off to World War 1, hundreds of thousands maybe millions of wild horses were taken out of the west to work with us. Even today there are wild horse that are doing police work, border patrol, our military for the Marine Corps Mounted Color Guard, the Old Guard at Arlington National Cemetery providing Riderless Horses for Military Funerals, Mustangs are Trail Horses, Show horses, Rehabilitating Prisoners, Trick Horses, in TV shows like the Walking Dead, Work on Ranches and now in present day building relationships with Veterans and Military families working proactively to stop the devastating downward spiral to a dark place of no return with programs like Operation Wild Horse.

There are 18.2 million Military Veterans & Over 50% of that population do not seek any type of service from the Veterans Administration or the forty three thousand Veteran Servicing Organizations. Veterans are not given a guide on how to readjust, what to do, where to go, or who to trust. Veterans leave a high-adrenaline, structured, group-centered life and come home to a life that is slower and unstructured and are unaware or unable to find the support needed. They leave a life filled with purpose and come home to no purpose. They leave a life where they were relied on by many and felt powerful and come home to being relied on by no one and feeling invisible and powerless. They come home to a life of freedom & independence in which they fought for and struggle to transition from the military to civilian life. This is a major contributor to the devastating numbers of 20 veterans committing suicide a day in America.

Since February of 2017, Operation Wild Horse has enabled its community of Veterans and Military Families to build the program into what it is today. Through discussions with program participants, Operation found that many shared a consistent challenge: that many Veteran Servicing Organizations (VSO’s) were offering services described as “catch- all,” “one size fits all,” or “too corporate feeling.” Many felt this approach disregarded their individuality and differences of past service to our Country. There are certainly many similarities between Veteran experiences; however, just because one has served does not mean they all have shared the same experiences. Simply put, each Veteran is very different, has experienced unique circumstances, and they need to have a voice and be responsible for how, when, to what extent, and at what pace they seek service or help post-military. The Military, in general, is a very structured environment, and one consistent theme among Veterans is that structure is good. However, that structure must be of a nature that is no longer forced, and one in which the Veteran has a hand in creating themselves. To ensure success and safety, Operation Wild Horse was tasked with creating a program that was structured, but unstructured enough to allow the individual to seek service and involvement based on what was occurring in his or her personal life and what would complement other services the Veteran may already be utilizing. In this equation, the Veteran is the unstructured variable who is encouraged to schedule their time and activities in advance but also has the opportunity to use the Operation Wild Horse program unscheduled if a need arises. One common example we see frequently is having a Veteran show up at the facility who has been encouraged by a spouse or loved one to “go see your Mustang.” This happens most often when he or she is struggling with an issue, and they see the barn as a safe space to work through whatever challenge they are facing.

The Operation Wild Horse curriculum consists of 6 platforms, 5 categories, and 32 services with 100’s of hands-on activities that assist with Military service-related challenges, such as, but not limited to: PTSD, TBI, moral injury, hyper-vigilance, transition and reintegration issues, deployment, military sexual trauma, depression, anxiety, and relationship & communication challenges. Operation Wild Horse has a 3 person team, The Mustang Trainers…….who are equine experts that are responsible for providing safe activities in a calm environment and guiding the participant, the Second team member is the Veteran Coordinator….. who is Responsible for once getting Veteran and Military Families involved to keep them involved, and the third team member is the Mustang Horse…. who is responsible for nonverbal education and self-discovery via body language and Mustang-human interaction. People are most impressed by what they themselves discover, and Operation Wild Horse has built a successful program based on these principles and understanding. With this success, Operation Wild Horse has not only provided thousands of sessions and helped hundreds of Veterans, Active-Duty Military, and Military Families, but it is also featured in a documentary called “The Mustangs -Americas Wild Horse” This documentary offers a first-hand look into the Veteran and Military families that come through our barn doors and the challenges they face, while also giving a glimpse of the healing powers associated with the American Mustang.

It is the goal of the Operation Wild Horse Leadership and the Veterans and Military families that built this program to expand Operation Wild Horse across the country so that more Mustangs, Veterans and Military Families have the opportunity to build a life changing partnership additionally providing a significant reduction to the downward spiral resulting in 20 Veteran Suicides a day.

Here you have it folks two Icons of Freedom & independence, the bedrock ideals of our Nation working together to save each other, there is nothing better ….The American Mustang and American Veteran!

We will take a proactive approach to significantly reducing the Veteran, Active Duty, and Military Family suicide rate by utilizing at-risk, American Mustang horses in local communities across the nation.

To provide a safe and measurably effective Military pillar program built by a community of Veterans and Military Families, enabling a life-changing partnership between wild horses, Veterans, Military Families, and their collective support network. 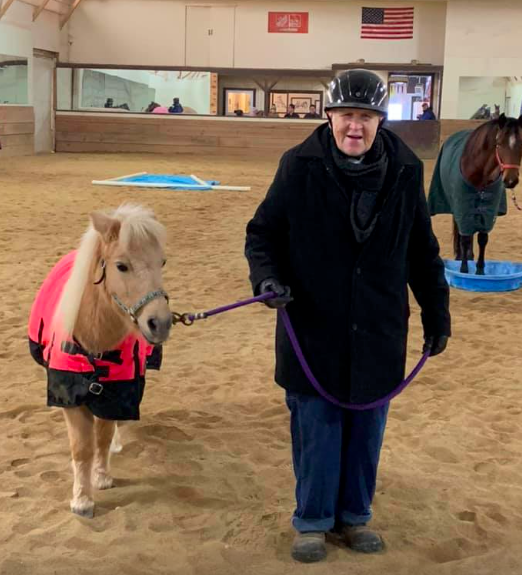 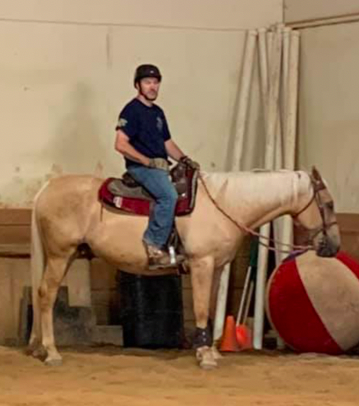 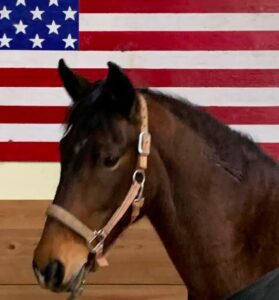 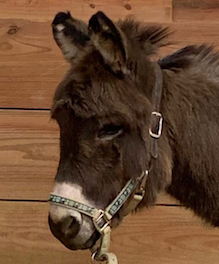 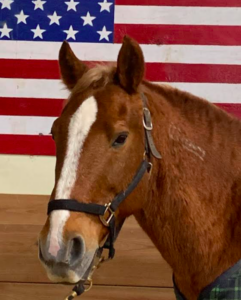 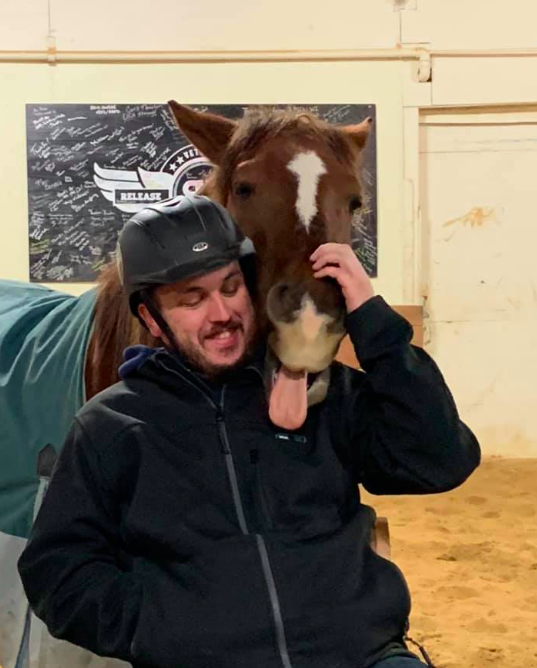 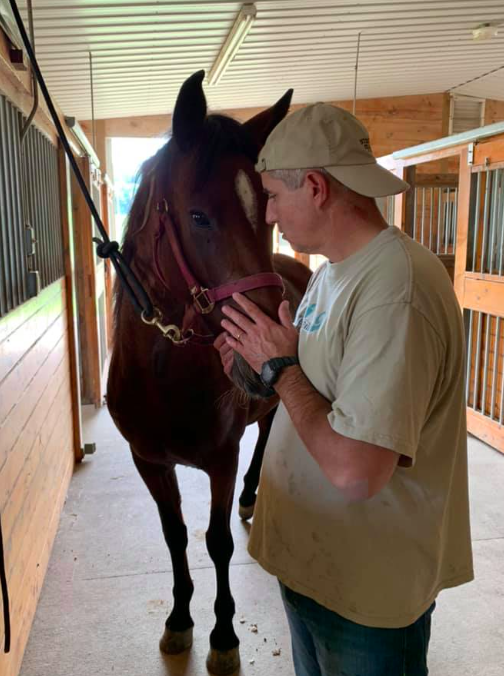